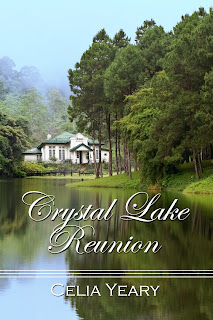 Page 99:
"Excuse me, sir. Excuse me?"
The banging ceased and two young men in coveralls, stained with oil and dirt, popped up.

"Yeah? Whadda ya want?"
"Do you own this building?"
The tall one walked loose-limbed toward her and pulled a dirty red kerchief from his back pocket. After wiping his face, he looked her up and down before he spoke. "Yeah. Me and my brother here. You need a car fixed?"
"No, I only wondered if you knew the previous owners."
"Nope. But if you’re looking for the graveyard, it’s back yonder a ways—behind that stand of trees." He pointed to the far back of the lot. "Somebody comes by once in a while to find it."
Dana swayed before she felt Grant’s arm around her waist.
Grant spoke. "You mean a cemetery?"
"Same thing, ain’t it? ’Cept no one’s been buried there as far back as twenty or so years ago. That’s all I know. The kids play up there sometimes. It’s cooler than down here."
"Thank you," said Grant. He turned to go, but Dana asked to walk back there. The owners agreed that would be fine.
As Dana held Grant’s hand, they began to walk up the hill toward the stand of trees. When they had taken several steps, the owner called after them.

The beautiful cover for Crystal Lake Reunion is one of five finalists for EPIC's ARIANA awards coming up. The story has also received wonderful reviews!
I invite you to visit the small Texas town of Crystal Lake:
Premise: Twenty-five-year-old Houston realtor, Dana Dawson, has no reason to believe her life is not as it seems. When Ruth Dawson, her mother, travels thirty miles to Crystal Lake for her twenty-fifth high school reunion, she becomes ill. Dr. Grant Adams summons Dana to the small town she has never seen. There Dana begins to unravel a secret about her past she did not know existed.
Dana keeps her suspicions to herself and remains in Crystal Lake when her mother goes home. During the next week, she becomes acquainted with the charming young doctor and elicits his help to discover her true birthplace. There she finds a shocking truth that not only changes her life, but also almost destroys her mother and another entire family. ******
AMAZON KINDLE:
http://www.amazon.com/Crystal-Lake-Reunion-ebook/dp/B0056BC41G/ref=sr_1_13?s=books&ie=UTF8&qid=1308922072&sr=1-13
WHISKEY CREEK PRESS:
http://www.whiskeycreekpress.com/store/index.php?main_page=product_info&products_id=883&zenid=b510de951c68d62fb3a3bfbe779acd47
Thank you!
Celia Yeary-Romance...and a little bit 'o Texas
http://www.celiayeary.blogspot.com
http://www.celiayeary.com
http://sweetheartsofthewest.blogspot.com
Posted by Unknown at 3:34 PM