IS YOUR WORLD A CIRCUS? 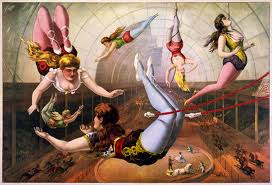 If you’re like most writers with families, day jobs, or other community duties, you might think you qualify to join the circus.

First, there are three rings in a circus, and while you might prefer to think you’re the ringmaster, you might instead be a performer in one of those rings. RINGMASTERS stand in one place, don’t they? They crack the whip, announce the next event, all the while dressed to the teeth in a fabulous outfit complete with top hat and tall black boots. Nary a hair out of place, or a smudge of jelly on his red coat, or a harried look upon his face mars his perfection. No, we are definitely not the ringmaster. You might as well admit some invisible puppet master is behind the scenes directing the hours in your day.

Circuses have JUGGLERS. Yep, I bet you just said, “That’s me! I juggle so many things in the course of a day. I breathlessly stay on my toes, hoping I don’t drop the ball, or miss a cue, or confuse one thing for another and make a mess of everything. Yes, that’s me—I’m a Juggler.”

Circuses have HIGH WIRE PERFORMERS. You say, “That more closely resembles me going through my day—walking a fine line, meeting deadlines, carpooling the kids, making doctors’ appointments on time, taking my turn at the Food Bank, or making my word count for the week. That’s me—I’m a High Wire Performer.

Circuses have performers—sometimes animals, sometimes humans—who jump through hoops. Maybe you are really a PERFORMER WHO JUMPS THROUGH HOOPS. You re-write an entire chapter at the request of an editor, you try to remember your husband’s instructions on taking the car to the repair shop, or you forgot the one dozen cupcakes for your child’s school the next day, so you stay up until midnight to complete the task, or…fill in the blanks.
We are a busy people, aren’t we? Circuses are supposed to be fun. Children squeal with laughter, parents smile when they see their son or daughter clap with delight, and the entire audience applauds every feat.

Hmm, something’s missing here. Fun? Are we having fun yet? Yes, I suppose we are, although some days might make us want to shut our bedroom door, crawl under the covers, and sleep the day away.

Personally, I’ve never cared for circuses, and my children didn’t either. Somehow, it all seemed more like work, and at times, a little cruel, and too controlled.

So, I prefer to see my life, especially my writing life, as an ADVENTURE. Sure, I sometimes walk that high wire to make a deadline; or I juggle three things at once in order to get my blog written, my 1000 words for the week, and my most recent edits finished; or I jump through hoops to please my editor, my publisher, my husband, my readers, and hopefully, somewhere along the way…myself.

But I won't quit writing until it ceases to be fun.

Celia Yeary-Romance...and a little bit 'o Texas
Amazon: https://www.amazon.com/author/celiayeary
My Website
My Blog
Sweethearts of the West-Blog
My Facebook Page
Posted by Unknown at 2:32 PM 6 comments:

WHAT IS YOUR PASSION?

For this discussion, let's say we can omit our kids, our grandkids, our home, our spouse, our relatives, our dog or cat, and maybe even cooking and gardening.
Any one of these listed items can be fulfilling and important, but unless you're a highly acclaimed chef, cooking is not a passion. Sure, some of us love to cook, but I'd bet we're not passionate about making dinner every night.

Definition of Passionate:
"Showing or caused by strong feelings or a strong belief."

I could add more to this, but it's enough for a beginning.

When I thought about people who "had a passion," these famous people came to mind: Nelson Mandela, Martin Luther King, Abraham Lincoln, the Defenders of the Alamo, Oprah, Marie Curie, Florence Nightingale.

But these people probably didn't mentally choose their  place in history--it evolved, and each one became more passionate as time went on.

I thought of athletes who trained an entire lifetime for one gold medal; one who studied and sought a way to be the first to climb Mr. Everest; one who decided to run a race even though his legs were gone; and maybe one who thought to create a gadget we call a computer. 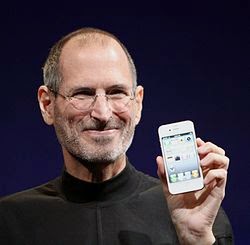 So, far, I feel rather inadequate and insignificant. Maybe you do, too. However, anyone can be passionate about something. It doesn't have to be huge or earth-shattering.

I would warn a person to be careful about choosing a passion--or allowing a passion to choose you--some passions can eventually put you in the poor house; or some may make you feel as though you're going crazy; or some may isolate you from your friends and the world.

Now, big question: What is your passion? Don't tell me you don't have one, because we all do.

When you discern the label of your passion, answer these questions:
1. Did you ever consider this a passion?
2. Is passionate the same as obsessed?
3. Is it easy or difficult?
4. Is it fun?
5. Can you shut out the world to carry out your passion?
6. If someone demanded it of you, could you give it up?

I'm not sure I have a real passion, although I do care very much about certain things.

If you comment and tell me yours, I'll tell you mine.
Thanks so much for taking time to read my blog.

Celia Yeary-Romance...and a little bit 'o Texas
Amazon: https://www.amazon.com/author/celiayeary
My Website
My Blog
Sweethearts of the West-Blog
My Facebook Page
Posted by Unknown at 4:28 PM 15 comments: 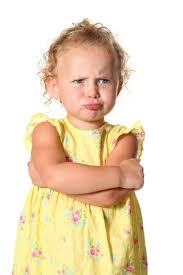 People seem to be offended very easily these days, usually about something that doesn't even make sense or matter.
But on the other hand, people are sometimes too insensitive to others.

On the way home from a road trip, we stopped at a McDonald's to have one of those dollar sundaes. We sat next to a wall where I could "people watch."  Nearby, we watched a young woman in some kind of uniform that resembled scrubs talking intently across the table to a young boy--maybe ten years old. He wore khaki pants, belt, and a polo shirt that appeared to be a school uniform. The child kept his head down, as though he didn't want to look at the woman. She talked, he sat still and listened, but never looked up.

After a few minutes, she stood and walked toward the door, leaving the child in the booth. I thought the woman appeared a little angry, but not really--just intense. Then the boy slid out of the booth, stood up, but still looked down. From his pocket, he removed a gadget that looked like a short metal rod.

Then he pulled on it, extending it out to about three feet long. It had a white tip.
Then he looked up, and we saw his sightless eyes. The woman stood by the door, and talked him toward her, very quietly. He used the cane to guide himself, making sure nothing was in his path.

We were a little stunned.
Two young men stood hear the counter, obviously workmen on some crew, waiting for their orders. They watched just as we did. One sort of snickered, but the other one looked at his friend and solemnly shook his head.

One sensitive young man; one insensitive.

And then there're the overly-sensitive among us.
In fact, we take great pains in our present society not to offend anyone or any group. Well, this becomes incredibly cumbersome, in my opinion.

As I analyze the "too sensitive" syndrome, I realize the real problem is misunderstanding of others. If there's something in particular that we don't like or makes us uncomfortable, then we'd like to have that changed to suit our own agenda.
We take it personally.

When our children were in school, they would have some sort of problem that they wanted to relate to me in detail. I listened as any good mom would do, but then asked what he/she intended to do about it. The answer usually was, "Mom! Can't you do something?" Each of them wanted me to change someone or some situation so they'd feel happy again, no longer uncomfortable, and no longer sensitive to a predicament.

"Live and let live; you cannot control others."

I'm still learning about the coping vs. the active changing. I face this often with my writing, my publishers, my editors, my...whatever. Do I cope and let them run the show? Am I being too sensitive to push for a change?
Am I too aggressive trying to make things go my way?

I wonder if I try hard enough sometimes to understand the other side.
I admit...I'm not very good at it.
Shouldn't the other side try, too?

Celia Yeary-Romance...and a little bit 'o Texas
Amazon: https://www.amazon.com/author/celiayeary
My Website
My Blog
Sweethearts of the West-Blog
My Facebook Page
Posted by Unknown at 8:23 AM 9 comments: