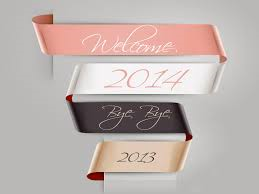 Have you heard the phrase, "He's forgotten more than you'll every know." Usually this term is in reference to an elderly person who has always been intelligent but has begun to lose some memory.
Well, I think to stay ahead in the memory and intelligence game, one must continually learn. What we learn doesn't seem to be important--anything will do.

1. First, I learned that true friendship weathers storms of all kinds. I have categories of friends, and I suspect everyone does. Good friends are to be cherished, because when you lose one, it's like losing a family member. The adage is true, that "God gave us Friends to Make Up For Some of Our Family."

2. Second, I learned that good health is our most valued gift from God. Ask me about any medical problem, and I bet I can tell you something about it. How do I know so much? Google will tell me anything in this world I need or want to know. Since I'm always interested in medical issues, I have learned how to research, read, and comprehend just about anything medically. Some think I'm a little weird about this, but think about how much I've learned.

3. Third, I learned that humans as a whole have good hearts. Show me the most caustic, hateful, rude, irreverent person, and I believe somewhere, somehow, something will make tears come to that person's eyes. We're all wired to be at least somewhat sensitive to others. (This belief does NOT include Charles Manson, chronic child molesters, Kim Jung Il, or Bashar al-Assad."

4. Fourth, I learned that our world is in a big messy battle. I don't think I recall a year in which so many countries are in extreme turmoil to the point of collapse since WWII. And I believe I learned every one of these battles is based on a particular religious belief. We can fight many enemies, but we cannot fight other religions and win. It's just not going to happen.

6. Sixth, from Ecclesiastes 3 (see #5), I learned that "Everything You Need To Know You Can Learn From This Chapter of the Bible." To me, it's the wisest, the most comprehensible, and the most common sense advice I really need.

7. Seventh, I learned not how much I know, but how much I don't know. And this list is endless. If I don't wake up every morning and find something good in the day to learn, then I have wasted an entire precious day of my life.
~*~Don't do that. Yes, at times we have more to do in a day than we can complete, but count your blessings for that.
~*~We needn't be a driving force all day every day, but sometimes take the advice to find "a time to dance."
~*~Now, I sound like a preacher, and I'm far from that, I assure you.

8. Eighth, my last and final thing I learned: Don't do something because you feel obligated. Been there, done that. The activity really gets you nowhere. I don't mean throw your obligations aside, such as refuse to cook dinner ever again, but if you are involved in anything that seems like a chore, a burden, or a big waste of time...then you have my permission: DON'T DO IT.


AND WITH THAT, MY FRIENDS,
HAPPY NEW YEAR
CeliaYeary
Romance...and a little bit of Texas
Posted by Unknown at 4:46 PM