WARNING! Do We Always Pay Attention? 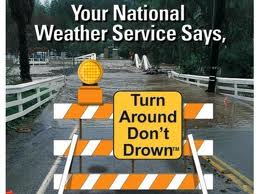 During the spring months in Texas, sudden thunderstorms that produce flash floods happen on a regular basis. Since Central Texas has countless numbers of "Low Water Crossings," the areas instead become "High Water Crossings," which means--Do Not Attempt to Drive Through the Water. Because of so many deaths of people who tempt fate and try to drive through anyway, Texas uses the National Weather Service's slogan:
Turn Around! Don't Drown!
Law enforcement agencies and road crews are required by law to place temporary barricades.

Still, human nature being what it is, people drive around the barriers anyway. An inch of water over the highway can float a car into the creek. A foot of water can sweep away a vehicle of almost any size, right down into the torrent, flip it over and over, and disappear down the creek or river. Bodies are located miles from the Low Water Crossing.

Teenagers. The elderly. Young mothers with tired children. A man who'd had too much beer on the way home. A middle-aged woman who had ice cream in her grocery sack and wanted to get home before it melted. Tragic stories, on and on.

Me? I'm afraid of water anyway, so if there's a sliver of water over the road, I won't drive through it.
But does that mean I heed every warning I hear? No.

My mother was a master at issuing warnings:
"Don't stick your fingers between the rollers of the electric wringer or you'll get your arm torn off."
"Don't play close to the cesspool. You could fall in and drown." (as if I would play close to a cesspool)
"Take those Bobby Pins out of your hair so lightning won't strike you."
"If you try to learn to swim, you'll drown." 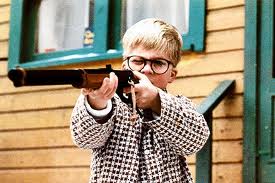 I think early on I had a sense of what was physically dangerous or not. Maybe it's an inborn, innate self-protection we all have. It's just that sometimes we don't listen and forge ahead anyway. But most of us are not foolish enough to put our lives in danger.

This makes me wonder about other kinds of warnings we do not heed--those that won't harm us physically, but might cause some kind of mental anquish.

Some of you know by now I began writing later in life than most authors. Oh, yes, I heard warnings--some clanging around in my own head, but others were expressed by authors and publishers and articles.

"I'm not young enough to begin a new career?"

"Western Historical romances are dead? But that's my chosen genre! I already have three novel-length manuscripts in my files!"

I'm glad I ignored these warnings. Well, I didn't exactly ignore them, but I did think a great deal about the direction I might go.

Since I loved reading Western Historical Romances best, I stayed with that anyway. Why? Probably a little stubborn streak, maybe a little Pollyanna persona, and perhaps an urge to do something different and bold.